TV One will add Hollywood Divas to its line-up of its hit reality series R&B Divas Atlanta and R&B Divas LA. The announcement was made today by D’Angela Proctor, SVP Programming and Production, TV One. The new one-hour reality show, currently in production in Los Angeles, will join the network schedule in Q4 2014.

“TV One’s audience has a passion for programming that reveals the private stories behind the public lives of Black artists,” said Proctor. “The Hollywood Divas’ willingness to share their, experiences with inequality and obstacles when it comes to the Hollywood merry-go-round is the foundation of this series. How these women are personally affected by this phenomenon and how they individually handle the pressure, is where the Hollywood Diva stories begins.”

“We are excited to be a part of the TV One family on this groundbreaking series about the lives of Black Actresses in Hollywood,” remarked executive producers Carlos King and Todd Tucker. “Our goal is to continue the success of capturing compelling stories about women from all walks of life.” 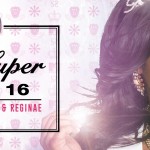